Zach Aliotta is a violinist and interdisciplinary artist based in the southern U.S.

He has been making music since forever, moving from the pure pleasure of collective sound, through the exquisite precision and discipline of music school, and back to the pleasure of embodied sound through movement and improvisation. Along the way he has, in his words– “traveled a lot, been and done a lot, and lived a whole bunch of different lives.” This includes studying several movement disciplines, performing with a wide variety of different ensembles, and publishing a few comics and an obscure book of political theory “creative nonfiction.”

Zach received a master’s in Suzuki pedagogy in 2013 and has maintained a teaching studio for nearly a decade. In recent years he has performed works from the standard repertoire as well as collaborating on theatrical and noise performances. In 2017 he worked with choreographer Porter Witsell to create the dance/music performance “A Piece of Parade” as part of DIDA’s third season in Durham, NC. He was also a founding member of the movement research company Channel, which made its performing debut at the 7th Black Mountain re-Happening with an interpretation of the Pauline Oliveros text score “The Witness.”

Currently, his work focuses on transmutation and metamorphosis, or the process of translating music from one medium to another— from sound to movement, from one instrument to another, from concert hall to dance party— as part of the larger project of creating new forms for art through sound, and new contexts for the sounds of the past. 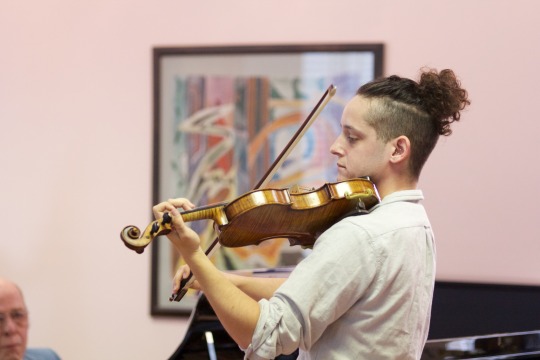